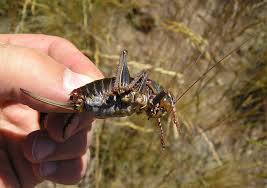 Contrary to what everyone thinks, earwig are not typically a creature that goes into peoples’ ears. With that being said earwigs can cause alarm to homeowners when discovered indoors.  With a menacing appearance and the ability to scurry along at a fast pace, it can often be alarming to home owners to find these creatures. Earwigs may emit a foul smelling, yellowish-brown liquid from their scent glands.

These creatures, which are active at night and hide during the day, normally live outdoors. They are harmless to humans and animals, although if handled carelessly the earwig can give a slight pinch with the forceps. Serious feeding damage may occur on flowers, vegetables, fruits and other plants, giving the leaves a ragged appearance with the numerous, small, irregular holes. Also, decomposing organic matter is consumed. They are considered temporary pests in spite of the fact that they sometimes occur in large populations.

Earwigs are elongated, flat insects, ranging from light red-brown to black and are easily recognized by their forcep appendages on the end of the abdomen. There is no question these creatures have a very recognizable body type with long, slender antennae and can often have wings but sometimes are seen without wings. If wings are present, the first pair are hard, short and beetle-like, while the second pair are membranous, fan-shaped and folded under the hard first pair of wings. Tips of the second pair of wings usually protrude from under the first pair. 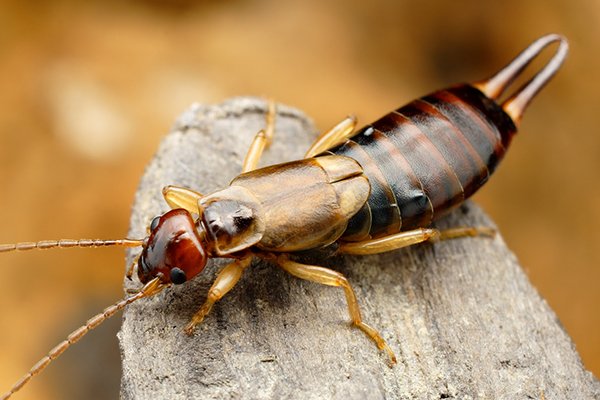 The name earwig is derived from a European superstition that these insects enter the ears of a sleeping person and bore into the brain, as mentioned above this is a myth. develop from egg to adult through gradual metamorphosis with multiple stages of growth. During the spring or autumn, females lay 25 to 60 smooth, oval, pearly-white or cream-colored eggs in an underground nest. The female moves, cleans and provides maternal care by protecting the eggs and new young until the first molt. 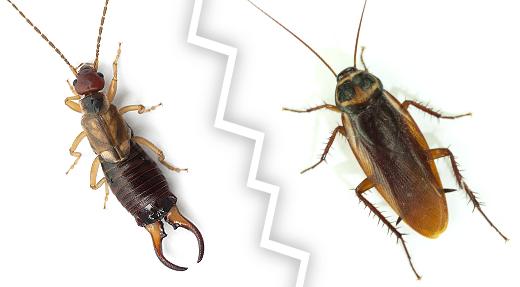 Young then leave the nest, fend for themselves and mature in one season. Earwigs may dig as deep as 6 feet below ground to escape the cold temperatures. During the day, they hide in moist, shady places beneath stones, boards, sidewalks and debris. They are rapid runners and feed on mosses, lichens, algae, fungi, insects, spiders and mites, both dead and alive. Some earwigs are predators, feeding on aphids and others feed on living plants, becoming pests in greenhouses and on certain crops such as vegetables, fruits, ornamentals, forages and field plants. 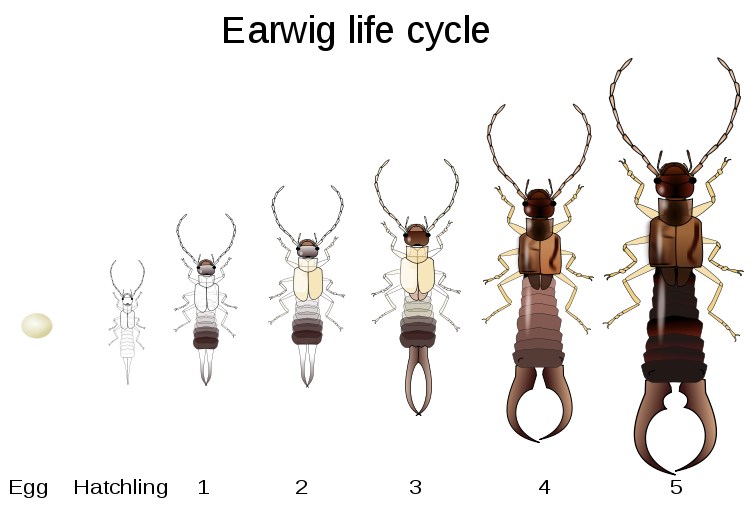 Earwigs rarely fly and are unable to crawl long distances, but often hitchhike in laundry baskets, cut flowers, luggage, newspapers, lumber, baskets of fruits and vegetables and automobiles. After entering a home, they feed on sweet, oily or greasy foods or houseplants. They prefer moisture and may migrate indoors during periods of prolonged heat and drought. The forceps at the end of the abdomen are used to defend the nest, capture prey, probe narrow crevices and fold or unfold wings.

Earwigs require moist, cool places and are found in damp crawl spaces, flower gardens near the home, in mulches, compost piles, trash, under boards and in wood piles. 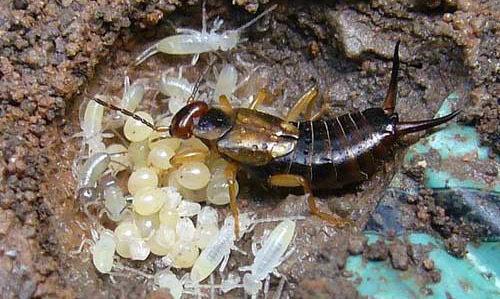 Earwigs need and are very attracted to moisture. If you have moist rotting wood or substance in or around your home this would be a common place to find earwigs. Be sure to eliminate damp, moist conditions in crawl spaces under houses, around faucets, around AC units and along house foundations. Rain gutters and spouts should carry water away from the house foundation. Use caulking compound, putty and weather stripping around doors, windows, pipes and other entry sites, especially at the ground level. Change the landscaping by creating a clean, dry border immediately around the foundation wall. Gravel or ornamental stones can make an attractive barrier against earwigs and other pest invaders. Since they are attracted to lights, reduce lighting around doors, windows and other potential entry sites. 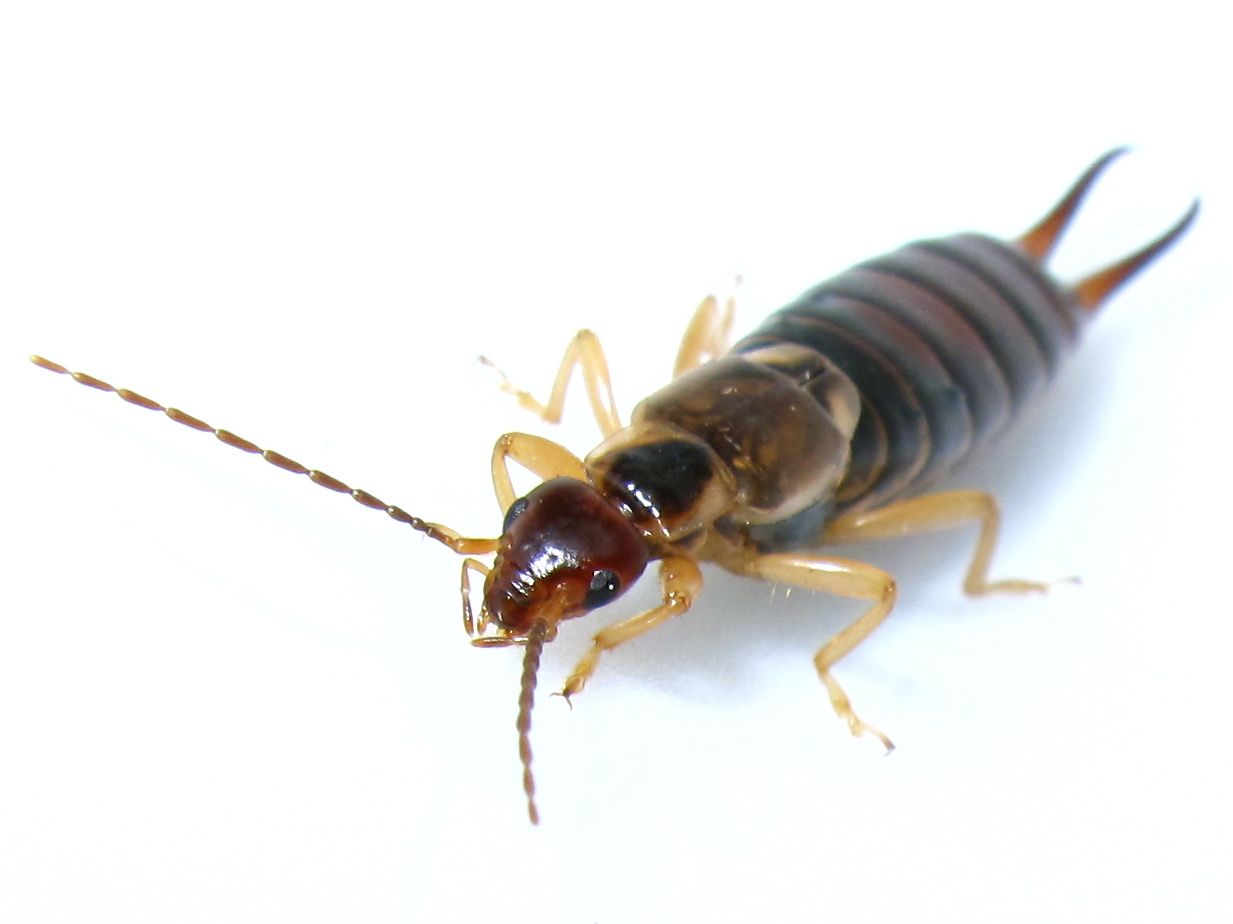 During dry, hot weather, earwigs sometimes migrate indoors. There are many insecticides labeled for earwig control. Indoor treatments should supplement outdoor treatments since earwigs do not establish themselves indoors. Solutions Pest Management highly recommends an outdoor yard treatment for this reason. For ultimate control, Solutions Pest Management recommends indoor treatments by a residual insecticide in cracks and crevices, along baseboards, beneath cabinets, along door and window sills and other hiding places. Our highly trained professionals can help you with your earwig problems. 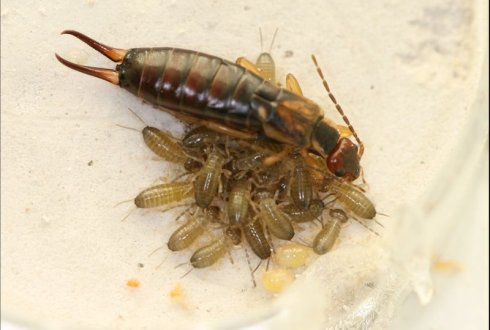 Crickets belong to the order Orthoptera, most members of which have enlarged hind legs adapted for jumping. In addition, members of this group possess opaque, leather-like forewings that cover a pair of clear, membranous hind wings. Most crickets are nocturnal, whereas their grasshopper cousins are active only during the daytime. Members of the cricket family usually have very long antennae and their wings have the front margin folded sharply over the side of the body, giving them a box-like appearance. Female crickets are characterized by having long, spear-shaped ovipositers used for egg-laying. 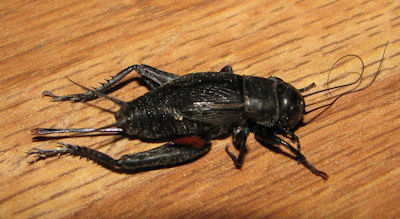 Crickets are sometimes confused with cockroaches, especially the oriental cockroach often referred to as the water bug. Crickets may be distinguished from cockroaches by their enlarged hind legs and the fact that their bodies are not flat from top to bottom like those of cockroaches. Male crickets make noise by either rubbing a leg against a wing or by rubbing one wing against another. This process, called stridulation, results in a series of chirps. The chirp attracts female cricket to the male. Each species has a characteristic chirp that is recognized and responded to only by females of the same species. The sound receptor or ear of the cricket is located on the front side of the foreleg, and consists of a small pit with a thin, drum-like membrane stretched across the top. The membrane picks up the vibrations of the chirp and transmits them to a sensory nerve, which relays the message to the brain. Once the female cricket is mated, she seeks loose, friable soil in which to deposit her eggs. The ovipositor is then thrust into the ground and the eggs, about 150 to 400, are deposited. 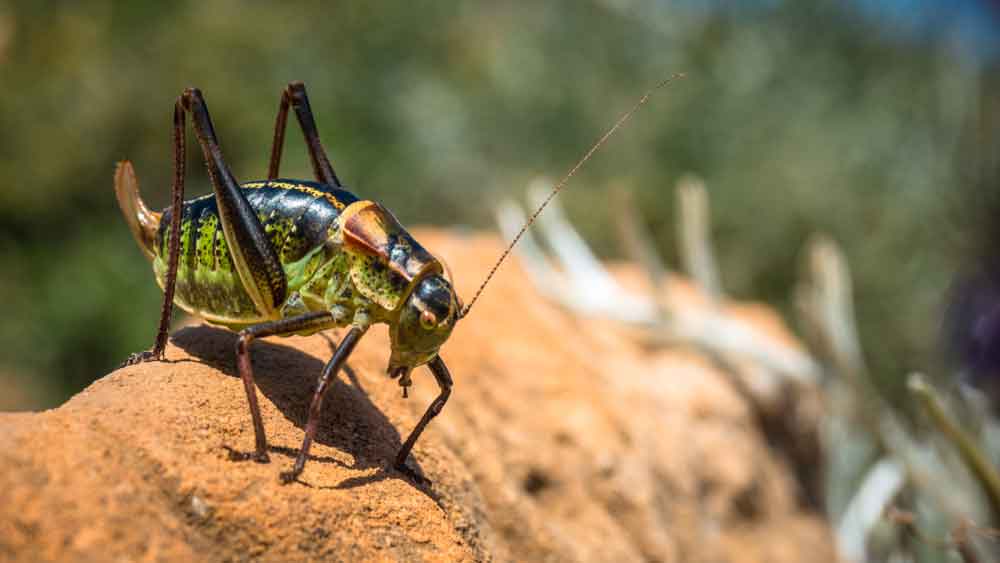 Crickets Are Fond of Fabrics

Unlike grasshoppers, the eggs are laid singly and are not cemented together in pods. The eggs hatch in May and June and the young crickets work their way to the soil surface. Young crickets closely resemble adults, but they are smaller and do not have fully developed wings or functional sexual organs. Since wings are not completely developed and functional until sexual maturity, immature crickets cannot stridulate. Between feeding periods, the young insects molt from eight to 10 times, growing a little more after each molt. Most crickets mature in August and September and there is normally only one generation each year. Damage crickets have been known to damage plant seedlings, seeds of grain crops and alfalfa, strawberries, tomatoes, and other horticultural crops. In addition, crickets can damage stored tubers or fruits. In hay meadows, crickets often chew through baler twine. On the positive side, crickets often eat large numbers of other insects, some of which are agricultural pests. In homes, crickets sometimes chew on clothing, draperies, or furniture. They are particularly fond of fabrics containing organic materials such as cotton, silk, or wool, but occasionally they may damage synthetic fibers. This is more likely to occur if food has been spilled on them. Crickets are especially noticeable in August and September and are commonly found under boards, boxes, stones, hay bales, or piles of plant debris. The body of the striped field cricket is smaller, about 3/4-inch long, gray to brown in color, and has tapered wings. It is a strong flier and is highly attracted to lights. 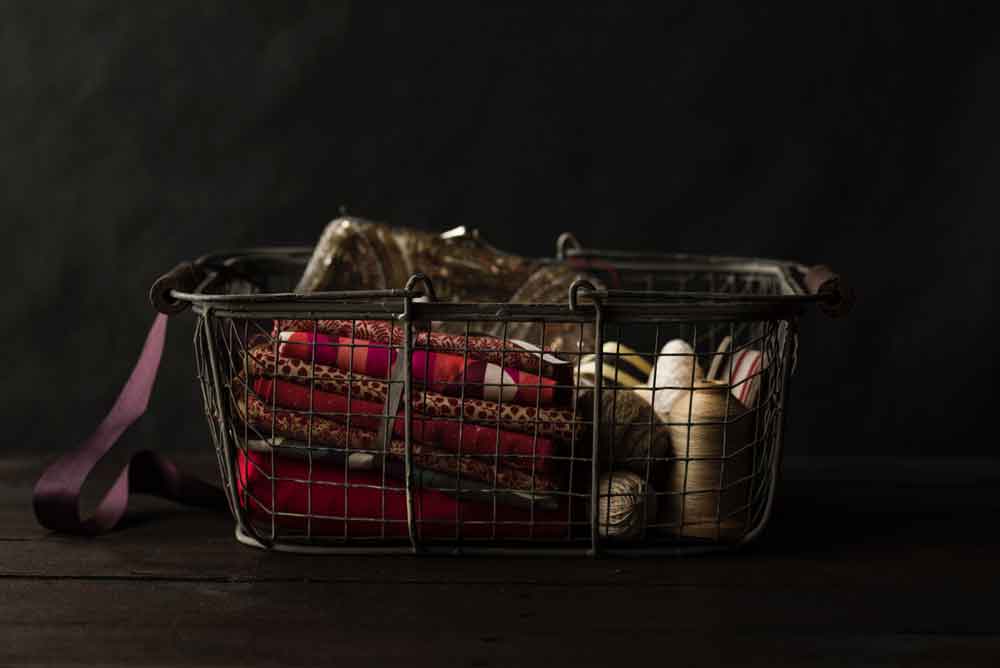 In late summer when temperatures begin to fall, crickets often enter homes and become a nuisance by damaging stored food or clothing, or by making noise. Single crickets may be captured by hand and released outdoors or killed with a fly swatter, broom or insecticides. If crickets are numerous, residual insecticides are usually the best answer. Solutions Pest Management recommends setting up a chemical cricket barrier by spraying outside the house, around the foundation and about 5 feet out into flower beds or the lawn. 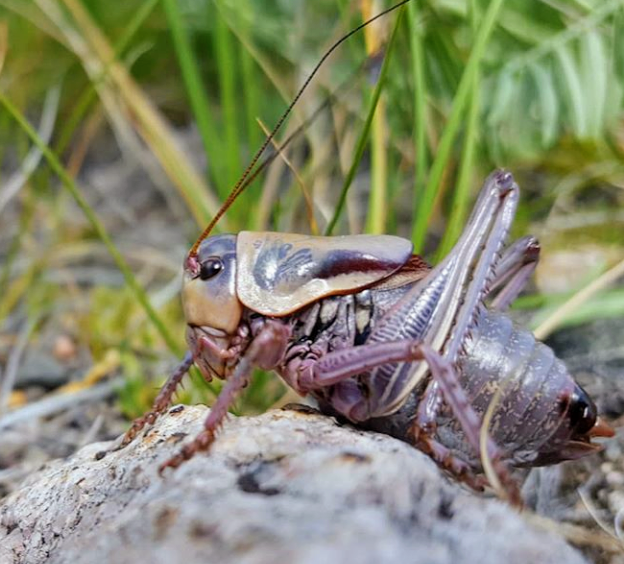